I wish I could tell you that I loved the Netflix adaptation of Neil Gaiman’s comic masterpiece, but I can’t. I didn’t hate this version, but I was looking for a slow-burn thriller with moderate action and this is definitely not that. The show turns what is a furor of loveable torpidity from the comics into an excruciatingly drawn-out 10-hour epic that is at times moderately interesting but, for the most part, mired in boring plotlines and poor conclusions.

Although well-acted, it was impossible for me to fall in love with the characters. Most were flat, and the three main villains, The Corinthian, John Dee (John Davies, Doctor Destiny from the comics), and Lucifer, were all portrayed with the same agonizingly tedious pace as the show. These characters should be terrifying, and they’re just not. Two of the characters, Constantine and Lucifer, would have been much better served had they been portrayed by Matt Ryan of the Arroverse and Tom Ellis of the show Lucifer. Those depictions alone would have garnered another star from me. Please don’t think Gwendolyn Christie, who you would know as Brienne of Tarth from Game of Thrones, does a poor job because she’s fantastic. She did exactly what she was supposed to do; it’s just her material that was weak.

The character of Dream AKA Morpheus AKA The Sandman is perfect for the role and acted well, but the script he had to follow simply undid him as well. The decisions the main character makes leave you wondering how the universe is still intact. Spoiler: The sacrificing of Gary the Gargoyle was unforgivable both by Morpheus and as a plot device. This was an unnecessary and unnerving removal from the graphic novel. I’m not crying… you’re crying.

Gaiman is a genius, and the source material for The Sandman falls into the category of “unforgettable.” Whereas the graphic novel spins a yarn of universal possibilities and contains references to both literary and fabled mythos, the show just spins yarn. It takes ages to get anywhere, and once you’re there, you wonder what the hell just happened. Two of the best plotlines were the time-jumping with Morpheus and a man he imparts eternal life on, the two of them meeting up in a pub every hundred years, and the story of young Jed Walker, a boy who has lost his parents and become separated from his sister only to be abused by his foster father. Jed is the hero of his own dreams, with his mother being his “man in the chair.” His mother is a nightmare named Gault who has fallen in love with the boy and, rather than terrify him as is her duty, does everything she can to protect him.

I will say that the brilliant costume design was only outshined by the sets; graphically wonderous computer images of incomprehensible landscapes such as Morpheus’ Dream World and Hell.

I wanted to love this adaptation, and now I want to hate it, but I just can’t do either. I’m glad I watched it, if for nothing else than to see Gaiman’s vision brought to life. If you’re a Gaiman fan, you’re going to see this show regardless of this review, but if you’re not, there are many better ways to spend your time.

Rich Restucci is a full-time chemist, best-selling horror author, and Wyrd Realities Podcast Host. To learn more about him, check out the Wyrd Realities show Fridays at 6 pm PST. BHA16: The Image of the Devil

This week, I'm not saying that 'evil' as a concept is completely nonexistent, but I'll be taking the time to demonstrate how the arch-devil of Christianity is entirely a "straw-man argument" that not even the source texts backed up until a certain point in history. Like it is with so many other things, this multi-thousand year telephone game brought us all a mix of many different characters like Set, Pan, […] 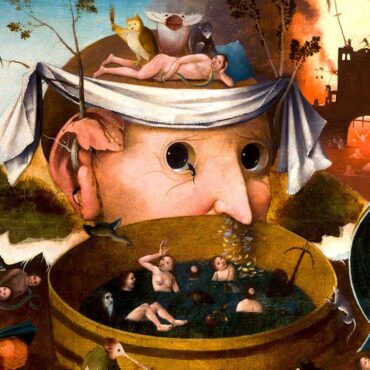 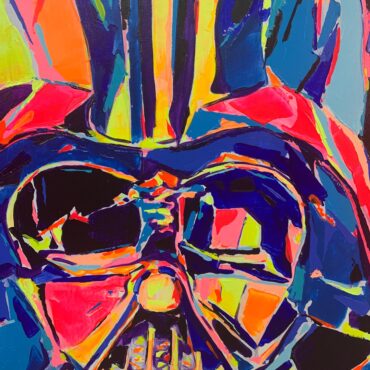 BHA19: The Image of the Conspiracy Theory