Everything I’m about to tell you is true – and if we can do it, you can too.

Just be prepared to smell like a french fry for a very, very long time…

About 20 years ago, my frugal husband got so pissed about gas prices – and taxes – that he decided to build a biodiesel reactor in our barn.  We had a lumbering old Ford 350 diesel farm truck that got 10 MPG on a good day, max, and we were DONE.

He’d researched how regular folk with common sense, basic mechanical skills, and solid instruction could theoretically make their own fuel at home.

What could go wrong?

My Hubs is like a lot of mechanically minded people.  This wouldn’t be the first time he bolted a bunch of stuff together out of curiosity – but it would be his biggest Frankenstein project to date.

We went to the junkyard every weekend, scavenging parts and cannibalizing old water heaters.  Friends gladly donated junk from their own barns and garages.

He’d disappear for hours to his workshop or the barn.  From inside the house, I could clearly hear banging, clanging, and very colorful curse words strung together in new and interesting ways.

When he unveiled the giant contraption he’d cobbled together, all I noticed was a huge rat’s nest of shiny copper pipes.  I remember thinking he damn well better have gotten those cheap or free, or I’m going to be pissed!”

He ended up spending just a couple hundred bucks, but that was for the chemistry side of things.  You don’t buy used or questionable chemicals – he’s frugal, but he’s not stupid.  The pipes all connected to a brown 1980’s Sears Roebuck water heater, along with a bunch of random metal squares, cylinders, and wires.  It looked like a Rube Goldberg creation.  I was skeptical.

We hunted down the final ingredient: FREE french fry oil.  Hubs called his lunchtime haunts and found a potential lead.  As we were driving into town to meet the restaurant’s owner, I realized I hadn’t asked how we were going to transport the oil 20 miles home.

I also realized I might finally see a real, live dumpster fire.

Funky old grease and oil are stored in specialized dumpsters; restaurant owners have to pay to have it removed.  Theoretically, having a biodiesel guy offer to take it away for free seems like a great deal – but there are safety and cleanliness risks.

We pulled up to the 1950’s diner where Hubs had eaten lunch a million times over the years.  After a slightly weird discussion in the alley, just outside the back door to the kitchen, the deal was made.  The short order cook was looking at us like we were insane.

I didn’t know Hubs had rigged an apparatus to pump the grease into plastic tanks he’d salvaged from parts unknown.  I wondered if he’d tested them with water to make sure they were leakproof, but we made it home safely with our sludgy treasure.

Our farm was out in the middle of nowhere with neighbors at least 10 acres away in any direction.  They had to have smelled the reek in the air from miles away, but no one said anything.  I swore it got into the house; he disagreed.  Exhibit A in my case: work clothes, shoes, rags, and towels in the laundry room, all soaked with oil, grease, and errant straw from the barn sticking to everything.

He’d just cheerfully explain that he was having the time of his life.  He was, so I just held my nose and left him to his passion project.

The teenage neighbor boys from next door were enchanted like moths to a flame.  They learned more hands-on science and engineering in those few months than they would even learn in school.  Even better, they actually came to understand how it all would work.

The process of bringing this crazy project together – an actual fuel reactor – was having human effects we’d never anticipated.  And guess what?  They had a great time AND they finally distilled what seemed to be biodiesel.  After months of work, the moment of truth was finally at hand.

The first time Hubs put biodiesel in the Ford, I held my breath.  We couldn’t afford a new vehicle, so if something went sideways, it’d be a disaster for us in more ways than one.

I resigned myself to the possibility of a MacGyver explosion on my property and the need for a car loan in the near future.  Then, I said a little prayer of protection.

The Ford ROARED like a choking lion, then purred like a lion with just a little bit of leftover antelope caught in its throat.  It sputtered and spat, then evened out.

Hubs and the neighbor boys whooped and hollered.  He took off, gleefully flying up and down our country road as fast as he could.  It was a success!

Grey-white smoke puffed out the tailpipe.  It smelled like aerosolized french fries, onion rings, and a big juicy shart.

It was the rank stank of success.

We did this for a while – he’d go into town, pump grease from alleyways, and lug it home.  Then, he’d have to unload it, process it, refine it, and tank it.

This got old fast.  We were getting “free” fuel, but it was consuming an enormous amount of our time.

At some point, he realized the fun is in creation, but maintenance is a bitch.

We went back to the corporate gas pumps, but we didn’t feel bad.  It was by choice, and we knew we could beat it again if prices jacked too high.

In hindsight, I realized my husband is a modern alchemist.  He’s an inventor, tinkerer, and curious freethinker.  He’s also a sage passing on wisdom and encouragement to the next generation.

Life is about creating experiences, and the best of them involve your heart, mind, hands, family, and friends.  This just wasn’t about self-sufficiency, it was about transmuting the physical and mental into something completely new.

If you’d told me back then that diner grease would smell like love, success, and freedom, I wouldn’t have believed it.

Now I walk into greasy spoons with a big inhale and a bigger smile.

Where’s the Next James Watt?

Are you an inventor or tinkerer?  If you’d like to share your story, we’d love to hear it!  [email protected]

Run a Diesel on Vegetable Oil

The Design and Construction of a Small-Scale Biodiesel Plant

And a death metal ode to gas prices: 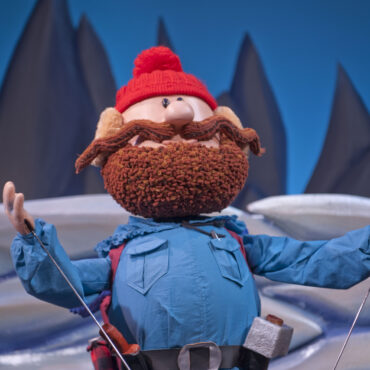 For the final episode of 2022, I am pleased to announce that both Joe Rupe and Tippy Patson are back! If you missed Tippy's last appearance on Episode #14 of Black Hoodie Alchemy, he's a strange yet affable redneck from Defuniak Springs, Florida that is absolutely and totally a real person.   You can listen to Episode #30 right here!   He and his cohorts (a group of rednecks that […]