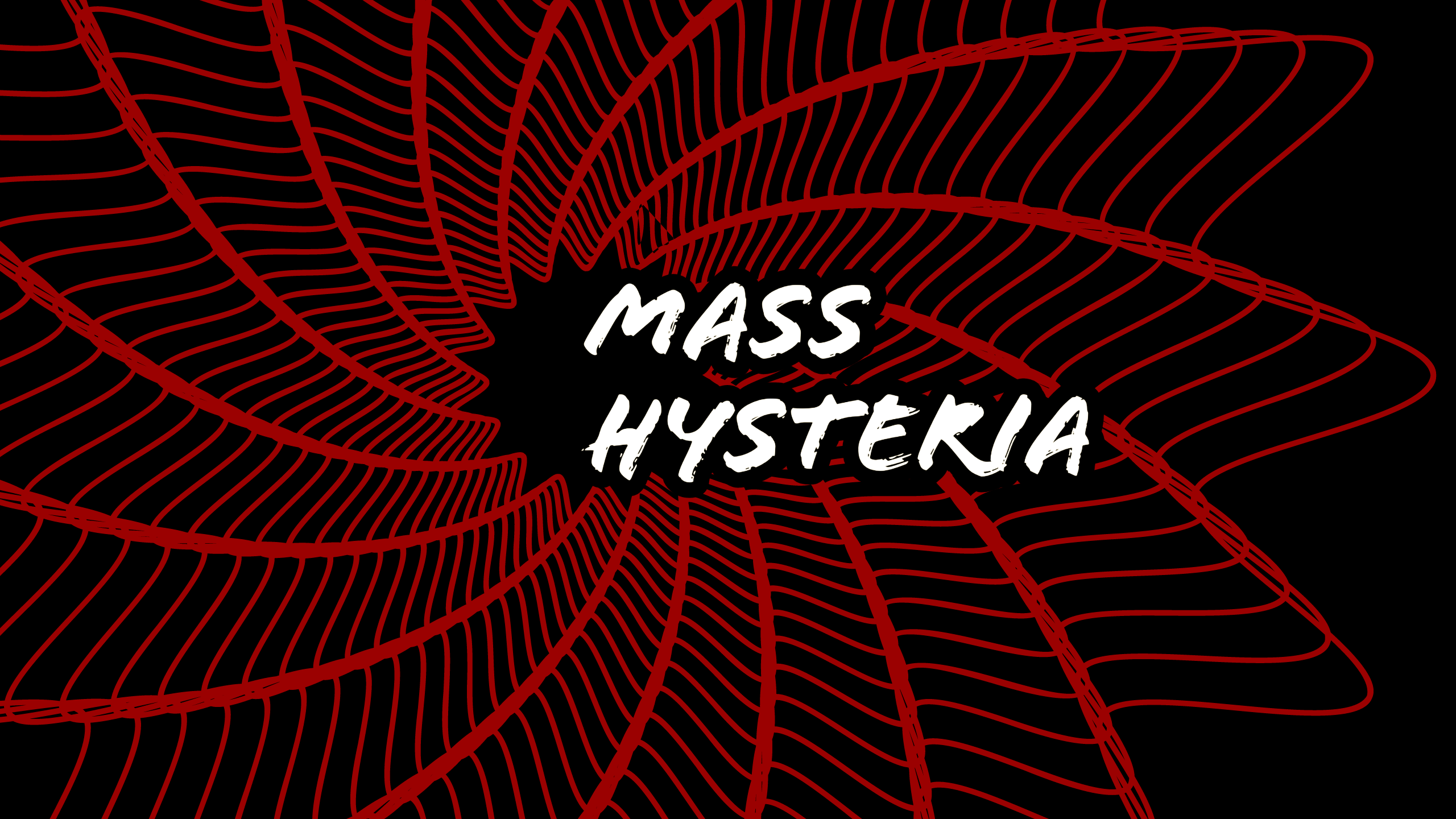 Most of us know at least one example of mass hysteria: the Salem witch trials (1692).  In modern times, some say the Roswell Incident (1947) neatly falls under the hysteria header.

How – and why – do these group freakouts happen?

Most animals have a signature distress signal to warn the herd; humans are no different. Hysteria serves an essential survival purpose against actual threats. For imagined threats, it can create damaging conflict, unnecessary distress, and PTSD or accidental death.

In the face of anxiety and fear, the triggered person becomes wildly emotional, escalates out of control, and goes way over the top in response.

The first panicker transmits their hysteria via language and visuals, just like a meme.  When groupthink passes an inflection point, it becomes the egregore of mass hysteria.

Superstition, misinformation, and misunderstandings have unpinned many past episodes of mass hysteria:

Malaysia Calls in the Witch Doctors (2016)

We may think we’re too smart to get caught in hysteria, but in a moment of danger our limbic system clicks into survival mode.  Soldiers are trained to get past instinct and keep cool heads, but most of us react instinctively.

Last year, I was in Vegas casino when a crowd of panicked guests started a stampede.  So much for video poker – I was about to get flattened!

Before I realized it, my brain and body made a flash decision: being in a herd was safer than being picked off like a lone gazelle.  I started running, folded into the left flank of the stampede, and saved my skin.

Later, we learned there’d been an active shooter scare in the casino lobby.   If it had been real, our collective sprint would’ve saved us all.

Animal instinct helps you survive if you’re in a situation of imminent danger.  But what about “everyday” causes of modern hysteria: misinformation, propaganda, ignorance, unfounded fears?

Our rational minds are our best defense, reviewing facts and evidence versus hearsay in a calm, intelligent way.  What is the source of the threat, and is it imminent?  Is it a real or imagined?  Is it being pushed by a person or group with an ulterior motive, or is it just someone who’s uninformed or been misled?

In other words, don’t lose your head.  Adding sheer (or stampeding) panic to a stressful situation typically doesn’t go well.  When it’s all said and done, you want to be the one left standing.

Have a mass hysteria tale to tell?  Let us know!