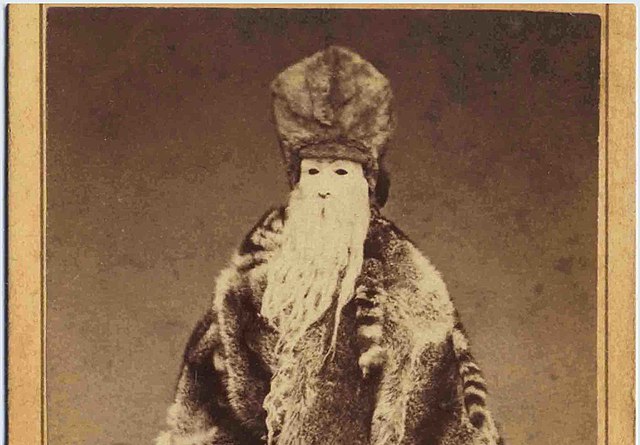 Santa, it seems, can be kinda scary. *

The happiest time of the year isn’t happy for everyone.

If enough people fear a thing, we invent a word to describe it.  Christmas has its own laundry list:

Pediophobia: fear of lifelike dolls or toys (Annabelle, anyone?)

If you’re having a rough holiday season, hang in there.  It’ll be over soon and we can get back to other things that make us happy.

We’ve all witnessed this scene: the kid sitting on Santa’s lap in the mall, screaming and crying while Mom tries to get him to smile for a free Polaroid.

Isn’t that a long way to go for a shitty picture of a bad memory?

No wonder many are traumatized by the big red suit: 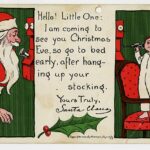 He Just Don’t Get No Respect…

It really isn’t his fault, you know.  He tries hard and gets a bad rap.  I can hear him now:

“You all think Christmas just happens? You think all this good will just falls from the freakin’ sky? Well, it doesn’t! It falls out of my holly jolly butt!”**

Can’t you imagine Santa muttering and sputtering, a huge heavy bag on his back, reindeer shit on his boots,  soot in his nose, and thoroughly sick of us ungrateful brutes?

If you’ve ever pulled a triple shift, you know it sucks.  You just wanna get home, crack a beer, and put your feet up.  Poor Santa…

He’d pen this Mastodon post: “Look, I’m a nice person – ask my wife.  I’m basically just a UPS delivery guy in a red suit these days.  Your awful Aunt Hattie’s constant griping isn’t something I have control over.  I can’t fix the salty canned ham.  I can’t shut up screaming toddlers.  What I CAN do is tuck a few doobies in the tree so you can tolerate it all.  Merry F’ing Christmas.”

Poor Santa – he’s become a scapegoat.  No wonder he only ventures out once a year.

Let’s give him (and ourselves) a break by being less naughty/more nice – at least until NYE?

*The banner image for this article is the first known photograph of a Santa (1872).   Good grief – who wouldn’t be freaked out?

**This is actually Lois Griffin from a Family Guy Christmas episode…but it fits. ‘Tis the season for tons of articles and recommendations about “the perfect gift.”  We gathered up a bunch of Santa's DMT Elves from the corners of the Fringe offices and asked them for recommendations. The Facebook elves beat us to the punch this week.  One of my clean-living family members was surprised when a vibrating cock ring showed up in his Facebook feed. I didn’t believe him until I saw […]