Why does every strip joint have a ghost story?

Retired after 20 years of stripping, author Erin Louis retells the story of her encounter in a haunted dressing room.  She heard lilting laughter from nowhere.  When she went out in the hall a moment later, she saw a “strange glowing orb” floating in the hall.

What she finds out next is surprising and hilarious. No spoilers – the story is linked below.

Louis has worked in 25-30 clubs across 5 states. She states that every single one of them was alleged to be haunted.

One example was the notorious Las Vegas Palomino.  A hotbed of mob activity, rumors swirled that bodies were hidden in the walls until they could be spirited out for disposal.

What’s also in just about every strip club?

Maybe blood draining from the head to somewhere else is a factor?  Clubs are a sexy retreat insulated from the rest of the humdrum workaday world where fantasy is the name of the game.

Louis acknowledges these as potential factors, but there’s more to her story.

Ghostbuster on a Pole

Louis spent 15 years ghost hunting before deciding that all of her own personal experiences could be debunked.

She explains her journey to skepticism, but she admits that some mysteries still have no answers.

Imagine all the TV ghostbusters who’ll lining up at the velvet rope to “investigate.”

Maybe the clubs should put out a tip jar for their latest feature attraction. 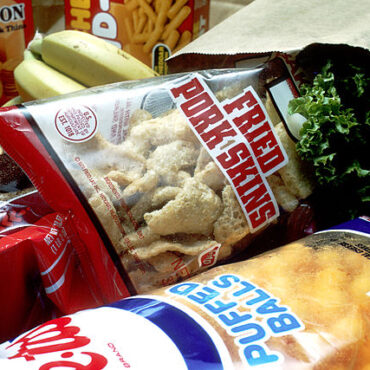 I discovered mukbang culture by accident while looking for fruit. My First Mukbang A few years ago, I was curious about fruitarianism. My browsing led me to a fit, vibrant, vegan lady who ate only fruit 90% of the time.   She bubbled over with positive vibes as she spread her fruity gospel.  A hardcore athlete and distance cycling enthusiast, she showed no signs of low energy from her diet. Gleefully, […]