UFOs have invaded the mainstream and abducted people’s imaginations. We are now living in the Post Disclosure World.

I always wondered what disclosure would look like. Would there be parades with ticker tape, and flying saucers floats rolling down the middle of the street with aliens waving signs saying “We Are Here”. That’s not what happened, it happened with less fanfare. It wasn’t going to be a huge disclosure. It has been a slow process and sometimes we have to look back to see how far we have come.

UFOs were for nerds

The next generation of UFO enthusiasts has been sparked and they are starting to fill the arena. For the first time in history, the community interested in this topic is connected via social media instantly.

Times have changed and there are no more gatekeepers of information. The curious are no longer looking to UFO celebs with their mysterious sources, asking people to pay for clandestine information. We are in a time where UFOs/UAPs have moved out of the darkness and into the mainstream.

As the UFO topic comes into the light and away from the fringes, what does that mean for other topics that defy the laws of our current reality?

Does the acknowledgment of the Unidentified Aerial Phenomenon open Pandora’s Box?

I think about the normal folks. The ones that haven’t touched the world of the esoteric.  For the normal folks out there that had an interest in UFOS. Their minds are getting blown as they start to dive deeper into this topic. Because eventually, the nuts and bolts lead to a dead end. This topic is tied to the weird. Its a really strange topics. Once you start to look past the weirdness and start looking for truth, it’s the beginning of the journey.

If UFOs are real then who or what is piloting them? It immediately leads to the next question, who are these people? Where do they come from? Why are they here? You know all of the questions that play at the beginning of Ancient Aliens.

In my journey, I have gone from believing more consciousness-based connections to swinging hard the other way to what people refer to as “Nuts and Bolts” and finally a balance of the two.  It’s difficult to quantify a phenomenon that may be unmeasurable. How do we find the answer if we aren’t sure of the question.

I had a family member say to me, “Jess, if UFOS are real, does that mean ghosts are real?” My cousin, who is the biggest skeptic in the universe, possibly believes that UFOs exist.

It starts to make people who were once totally against anything out of the ordinary start to open their minds a little more to the possibilities of the reality we live in. Hearing people who are skeptical start to have a glimmer of wonder, it means to me people can awaken to the world around them.

To me, it’s never just been about UFOs. I dedicated many years to studying UFOs, a topic that I explored from many different angles.

It is exciting to see that as we move towards disclosure people would become aware of the beauty in this world. Humans don’t understand how powerful their consciousness is. How it ties each and every living being on earth together. The post disclosure world is one where people are aware of the magic in the world and inside of people. There is no need to wait for the government to give you permission to believe.  As we move towards the end of UAP Secrecy do we need the government to be transparent?

I often hear I don’t need the government to tell me UAPs are real, and yes that is true for some but there is a major percentage of the population that needed to see that to start questioning. Every single person on this planet is on a journey and they are at different places within their journey.

It’s becoming widely accepted that there is a phenomenon in the sky that we do not know what it is. We have phenomena all over this world we don’t understand. I think as we start to look at the sky, we start to look within. I think that’s something special about taking this journey, everyone is at a different stage in their search for answers.

After all these years of looking outwards for answers, it’s time to start to look within to find the answers. I started to think more about consciousness. If we can communicate to have human initiated contact. What are the limits to human consciousness?

There is so much more to the world than we can see with our physical eyes. I now believe that disclosure isn’t something the government does. It is a change that happens to a person.

In studying these phenomena, I have been led to other topics. I experimented with remote viewing for a show. Jumping blindly into it, I didn’t know what to expect. The fact that I was able to pull out impressions for a location I knew nothing about showed me there is something to our consciousness. We may be able to access our subconscious.

I thought I had hit a dead end with UFO research, I realized post-disclosure that I know more about this world. I can’t limit myself to only looking at UFOs. There is so much more.

UFOs are something that shifts someone’s paradigm and changes the way they see the world. Perhaps, we will never figure out the reason. UFOs are only a stepping stone to the wonders of this reality. Any answers will be met with more questions. I think we are on the verge of people wanting to know more about the amazing vastness of the reality we live in. No one truly knows however what we can do is keep searching and together we can find the answers. 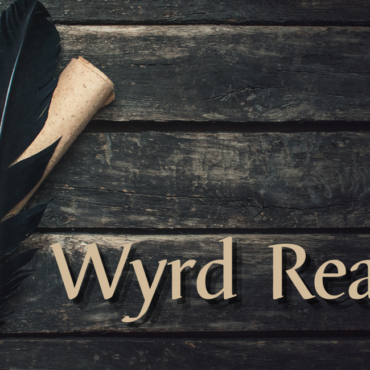 While sasquatch is without a doubt highly intelligent, they have no way to process how a bullet works in conjunction with a firearm. Still to this point the only logical outlook on their behavior is a passed down basic teaching of “beware the man with a stick” mentality.