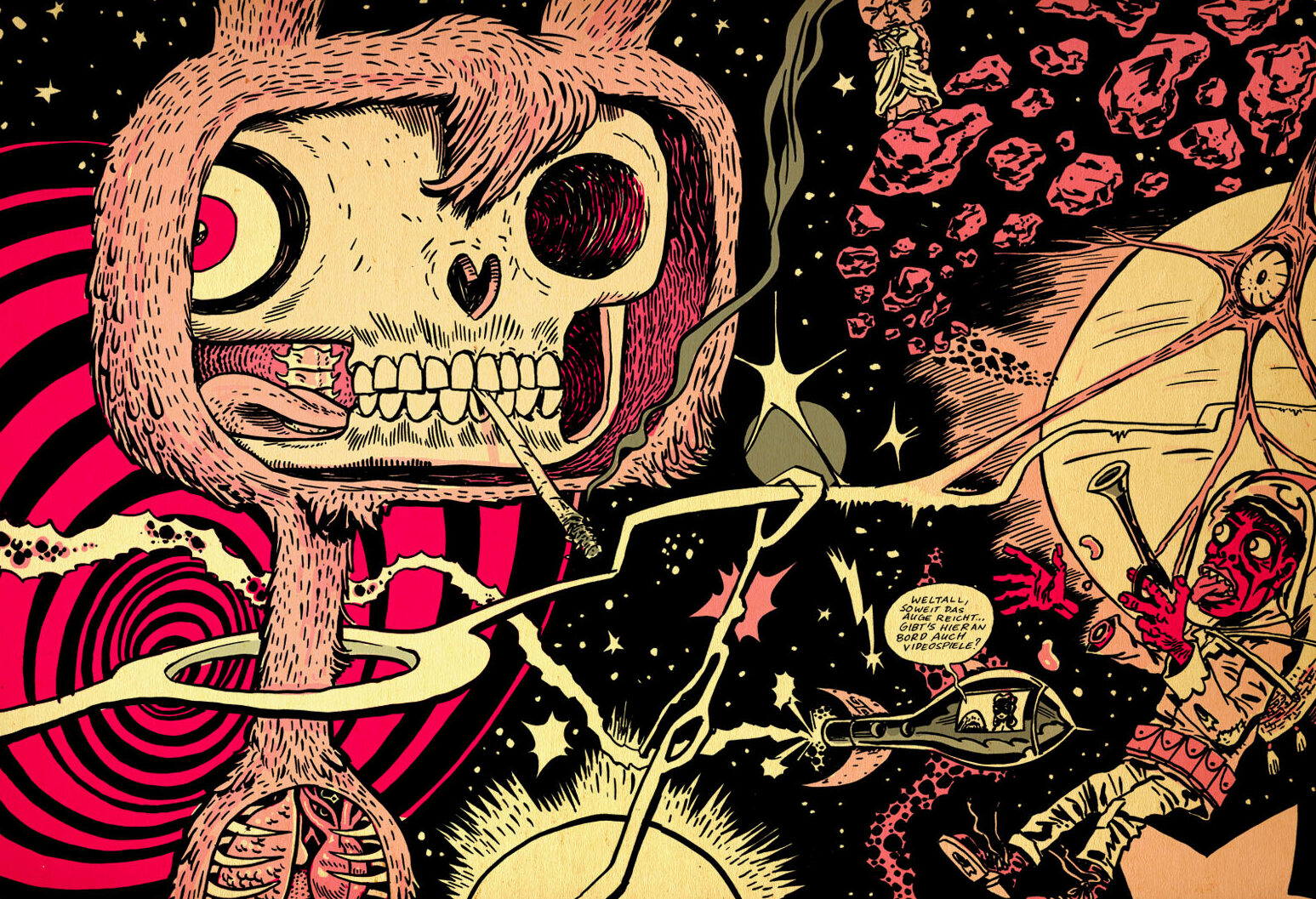 share close
3 email
AD
Fellow researcher and field-investigator, Chaz of the Dead joins me to talk about some of his strange expeditions across the world, investigation the unexplainable, the psychedelic, and the horrific — oftentimes all at once. Firstly we discuss Chaz’s ground-rules of paranormal investigation, with considerations of Carl Jung, chaos magick, and classical paranormal ghost hunting but without the crosses and holy water. After this, we get into some real wild stories.
You can listen to it right here!
Chaz talks about poltergeists, demonology, reports of vampiric flying serpents in modern day South Africa, and even his field investigations . He’s investigated UFO hotspots in Chile (to include possibilities of Nazi hideouts from their post-WWII scramble in South America), he’s also investigated the strange paranormal of the haunted mansion and a strange metal sphere near Jacksonville, Florida, that attracted government attention in the 1970s, and he talks about his experiments with LSD and psilocybin while ghost-hunting and playing with ouija boards! Chaz is a very adventurous man to the say the least, and for all the wild topics he’s able to talk about, he brings a level of grounded, humorous skepticism to it all that is mostly missing from the rest of the paranormal community. Chaz isn’t expecting to find the answers to all his questions, but that won’t stop him from trying!
So what about psychedelics and the paranormal anyway? Would it help a ouija board to work better if you were peaking on mushrooms? Would it make you more receptive to the paranormal while walking around a haunted mansion at night on LSD? Or is it just a really wild experiment with some fun stories? The food for thought you find in here might be more concrete than you would expect.
Hear about all this and more! We hope you dig it.
This week’s featured music! Y’all know: support that black hoodie rap and all your favorite independent artists!
11-11 – Umang & Kickback
Nightmare – Umang & BBZ Darney
Raw Raps (feat. Robust) – Epidemic & Dreamtek
The Karma – Babylon Warchild
AD

The Fringe.FM News Desk comes across weird, unique, and interesting stories every single day.  Most end up in our virtual "junk drawer," rattling around until we either use them or go all konmari on the mess.  Some are too good for the dustbin, though - so welcome to the 1st edition of "Random Fringe!"   This Week's Grab Bag of Completely Unrelated Randomness: Biopiracy: How companies are buying up nature […]