Machete-Wielding Men In Black (circa 1958) 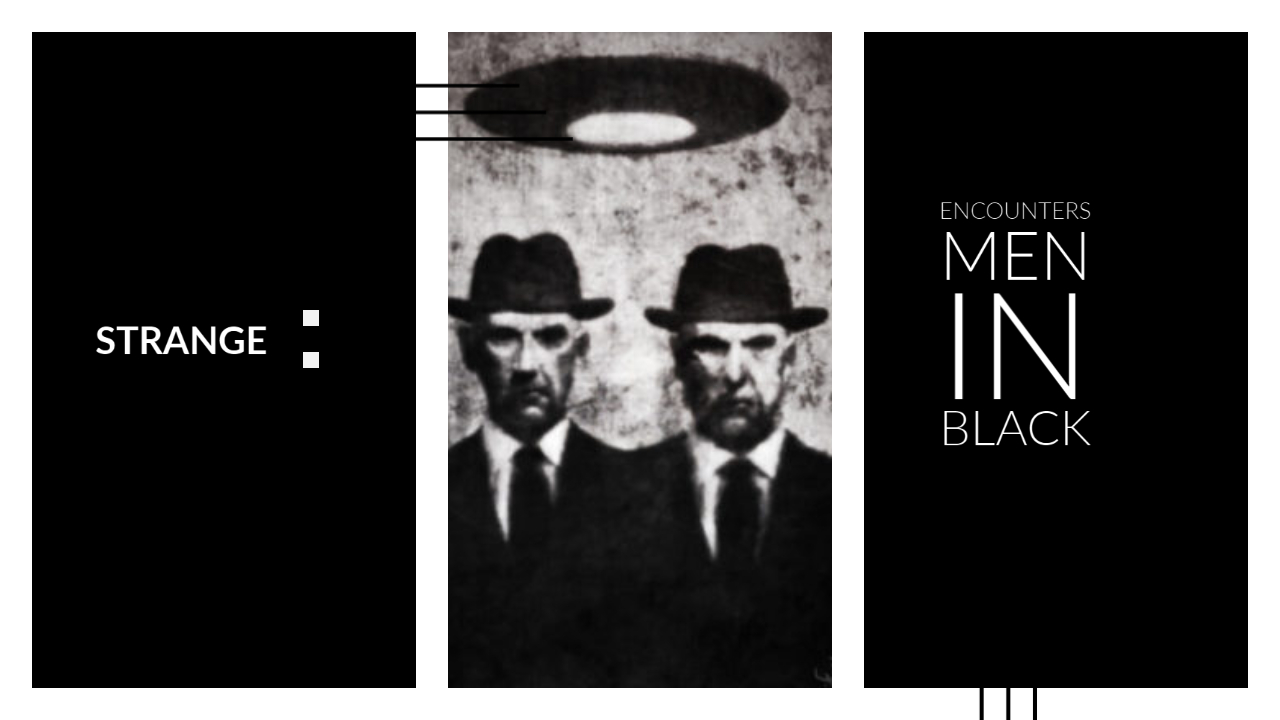 written by CHAZ OF THE DEAD:

During research for one of my upcoming projects, I came across a story that was truly bizarre, and had a very unique detail. The story comes from a dedicated Hollow Earth researcher, by the name of Charles A. Marcoux. Marcoux spent nearly 20 years in Arizona, looking for entrances in the Superstition mountain range, to a place he called ‘The Elder World.’

Marcoux seemed to be a devout disciple of the Shaver Mystery, and an avid contributor to the fan clubs and magazines dedicated to the subject at the time. Despite this he died in obscurity in 1983, killed by a swarm of bees while investigating a supposed Hollow Earth entrance in Arkansa.

During his life he was an avid paranormal investigator, although some of his methods are now highly suspect. He was an avid proponent of ‘Spirit Photography’ a phenomenon that became popular with the rise of personal cameras, and which focused on light phenomenon, much of which is understood now to be lens flares or other camera-based issues. This was one of his most common used methods of investigation.

On top of this he claimed to be a psychic. A highly suspect claim that brings doubt to the minds of anyone looking into his story. Most of his journeys to places around the Superstition Mountains seemed to be guided by these supposed psychic intuitions. This however seems to be quite a common theme when it comes to the Hollow Earth, its occupants seem to reach out through ‘telepathic’ means more often than not. Of course, the man is dead now, so there is no way to prove or disprove his psychic claim, so for now it sits merely as an interesting side note to this story.

One of the most intriguing claims to come from Marcoux was something that occurred to him and his teenage son in 1958, when he was just beginning to investigate the phenomenon around the Superstition Mountains. This event was what convinced him that something genuinely bizarre was occurring in the region.

He had driven up to the Peralta trail with his son when both excited the car. Marcoux was preparing his camera to take photos, when he saw something that we would call a UFO:

“I, suddenly, became aware of what looked like several lanterns moving very rapidly about on the side of the mountain. It was just like games being played, going from one range to another, but they were moving too fast over the face of [vertical] cliffs to be carried by human beings. Using flashbulbs, I took three pictures of the strange light movements, as I thought it would give me something to study, but the pictures showed nothing after they were developed…The lights halted, after I had taken these three pictures, and they started to come toward me. It appeared that my flashbulbs must have drawn their attention. Perhaps, the flashbulbs appeared to be a “signal”, and they were coming to investigate.”

As father and son stood stunned at the aerial display, something snapped them back to their senses. A rustling was coming from the dark, and soon they could see two figures approaching them. Here’s what Marcoux said:

“…two men unexpectedly appeared from out of the dark. They were about five feet tall, or less, about 110 pounds, and had dark skin with the texture of leather. Both carried a machete, and they came toward us. So, we didn’t hesitate to return to my car and leave – pronto!”

Marcoux and his son quickly returned to their car, and began to drive off of the mountain trail and back towards the highway, which was about an eight mile stretch. As they were traveling down this path, their car began to experience electrical troubles. It would die for a moment, before Marcoux would bring it back to life by switching to a lower gear. This happened several times over the course of a few miles. But that wasn’t the only strange thing to occur. At one point in the road, he noticed that there were large cords or wires that seemed to be stretched across the road. He at first took them for telephone wires, but quickly realized that there were no such wires in this remote area. He also noticed that they were luminescent giving off a ‘blue, steely rays’ of light that illuminated the car and the surrounding area. Marcoux got out of the car, and examined the large strands of the material. It was covering the car and the ground around it. He noted that it was similar to spider webs, but was as thick as string, before also noting that it was “very sturdy and tasteless.” The fact that Marcoux decided to taste the weird ectoplasm UFO strings may be the weirdest part of this story.

This phenomenon is not unique however. It is often referred to as ‘Angel hair’, whether it’s because the substance falls from the heavens, or because it resembles the type of pasta is anybody’s guess. What is known is that this substance seems to fall in areas that have recently experienced a UFO flyover. Marcoux said he collected a sample of the substance and sent this sample to a UFO club based in his home state of Michigan.

He got back into his car and continued down the road till he made it to the highway. Now having easy access to escape, he parked his still running car slightly off the road next to a monument to the mountains, and watched the trail he had just taken. He was unsure if the men he saw were really there to intimidate him, or if it was merely an oddly timed coincidence. He soon received his answer:

“…it certainly was not a coincidence, for as I sat there by the monument, with my motor running, they came across the road and made it a point to pull their ’52 Mercury right in front of my car. My son became scared, but I felt impassive as they got out of their car. They headed directly for us, still carrying a three-foot machete in their hands. Deliberately and determinedly, they stood in front of the headlights of my car with a very threatening appearance. I surely didn’t need encouragement to get out of there. I put the car in gear, spun my wheels, causing a cloud of dust to cover them as my tires squealed onto the highway, and I drove pell-mell toward Apache Junction.

Closer to Apache Junction is a 24-hour gas station and restaurant, called Sand Tanks, and I decided to stop there, parking my car behind the restaurant. It didn’t take very long before this same car came zooming down the highway, going right past where we were. There is no way, at this time, to determine whether they really intended to kill us or only to scare us. At any rate, one had better be cautious, rather than so.”

Men in Black have often threatened witnesses. Usually with words, sometimes by melting a coin in their hand, but this is the first time I’ve heard of them brandishing a machete as a form of intimidation. The Mercury described is one often associated with early sightings of the Men In Black, but Marcoux does not describe its color.

He does reference the color of their skin though, that it was dark and leathery. I’m not sure what to make of this description, though the most likely explanation is that this was a racially insensitive description of two people of Latin or Native American origin. Later in his life and research, Marcoux would claim that special secret societies based inside Native American Tribes were responsible for guarding entrances to the ‘Elder World.’ Though he never outright makes the connection between this encounter and that theory, one can surmise.

Whatever the truth, this incident remains one of the strangest encounters with ‘Men in Black’ entities ever to be recorded, and it certainly deserves to be brought back to the surface.

For some more info on the topic: Why Faith & Belief Will Always Be Relevant

What follows is a final excerpt from my book that I will share, so if you like what you read, get a copy of Dive Manual: Empirical Investigations of Mysticism here: https://www.amazon.com/Dive-Manual-Empirical-Investigations-Mysticism-ebook/dp/B084R8PTYW Here I will be providing a transcribed piece of one of 33rd degree Freemason, Manly P. Hall’s lectures. Recorded on December 11, 1983, the recording would not be released until after his death. Hall was 82 years old […]