After over a year of writing this manuscript, I have decided to release my next book, Hunt Manual: 21st Century Demonology & Forteana on Halloween 2021. Special thanks to Martin Ferretti (host of The Alchemical Mind) for editing the book, and to Eric Millar (of Outlet Press) for creating the cover art that I love so much.

For those that are familiar with Dive Manual, it will follow the same sort of fourth-person narrative through a strange collage of nonfiction topics taken to the outer limits of our scientific understanding. The book essentially tries to tackle three major motifs and goes down many different avenues of investigation.

Firstly, what truly is good and evil? I wouldn’t claim to know all the answers, but I can certainly say that good and evil get confused with dogma far too often. To understand the dichotomy, we must understand the metaphysics of light and dark as thermodynamic allegories of the psyche. Then we have to consider the various vantage points between a hunter and prey. Where is the tipping point between survival and villainy? Rather than dogma, I look through brain sciences, psychology, comparative religion, and anthropology to consider this continuum of the human condition.

Secondly, what can the mythologies, superstitions, and folklores of cultures past tell us about our demons? Untangling a serious rat’s nest of dogma, Jungian psychoanalysis, and unexplainable phenomena, I look into the strong medical underpinnings of demonology throughout the ancient culture, demonstrating that demonology helped to bridge a heuristic gap in medical science—albeit often crudely and without much help. But not all of it was crude and useless, and the proverbial demons of the psyche for ancient people are still very much the same demons in the modern psyche. Sifting through the components of the natural, psychological shadow-complex proposed by Jung is a necessary protocol for keeping your psychological house clean. We all have an existential responsibility to quell the darker aspects of our psyches. 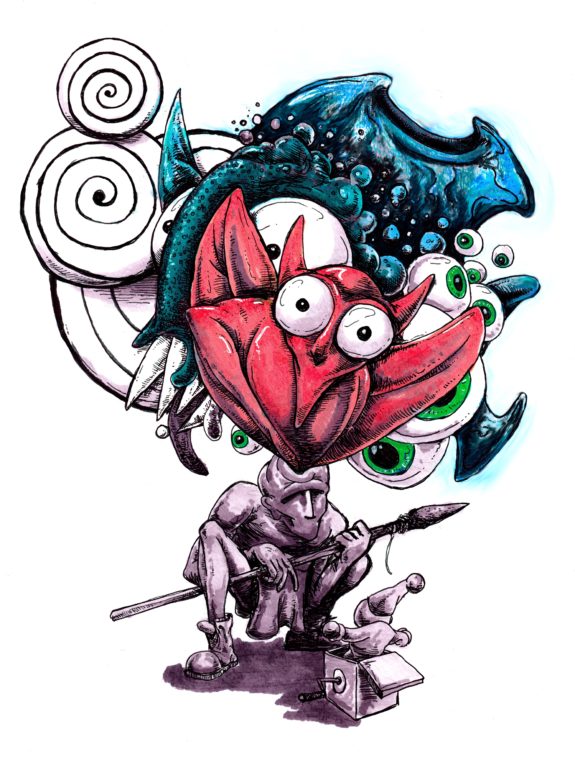 But thirdly: what happens when the demons aren’t merely proverbial or allegorical? Assuming that anything that is not “divine” or outright helpful is then considered “demonic” (whether this demonic archetype be evil, prankish, or both), the realms of 21st century demonology do not just entail possession, poltergeists, and hauntings, but also the realm of cryptozoology and other fortean phenomena like the UFO – even touching the outer limits of psychology to consider the nuanced and broken minds of history’s most notorious cult leaders and serial killers. Rather than relying on folklore and superstition, however, I make concerted effort to focus specifically on heavily documented cases, including but not limited to the:

While all of these things aren’t so much directly related in the physical environment—how they affect the experiencer activates the same type of primordial components of fight, flight, confusion, even surrealism and hysteria. All these things provide the proper soil for the viral exchange of the meme, whether it is “divine” or “demonic,” and whatever any one of these terrifying things may be in the long run, we find that no matter how explainable or unexplainable, these encounters leave indelible impressions of horror upon the human psyche.

I hope you find the topics interesting and decide to give the book a chance! It’ll be around 150 pages or so, and here is the first look at the manuscript’s table of contents:

PART I: The Hunt

I. The Only Survivor Was Miraculously unharmed 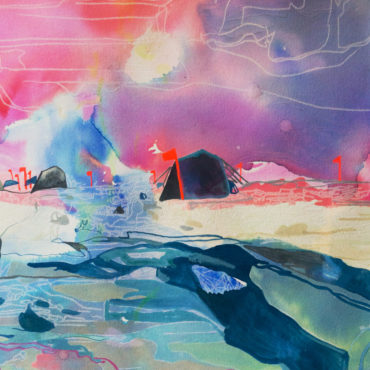 The Phantom of Antarctica

written by CHAZ OF THE DEAD HTTPS://CHAZOFTHEDEAD.COM/ CHAZ’S LATEST BOOK One of the most bizarre mysteries to come from Antartica is the strange story of Carl Disch. Carl was a scientist (an ionospheric physicist to be specific) working at Byrd Station, Antarctica in 1965. On May 8th, about halfway through the notoriously brutal 6-months of darkness that make up the winter season, Carl disappeared, never to be seen again. He had […]