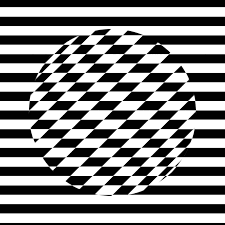 written by CHAZ OF THE DEAD

We decided to take the left path, which was a bad choice as it was unpathed, and as we learned, filled with potholes. We followed it to the end of the island where sits Kingsley Plantation. We drove past a half ring of stone ruins that looked similar to the ones at the start of the island and up to the plantation house. A beautiful structure that houses a free museum and tells the story familiar to many places throughout the South. The ruins were slave houses. But this was not the structure we were looking for either.

We asked the Park Ranger stationed at the plantation house if she knew where we could find ‘The Neff House’. She mistakenly gave us instructions to another historic house that started with an N, but this one wasn’t it either, as it was clearly lived in. We spent the entire afternoon driving up and down the street looking for the house that day but we never found it. The island itself had a tangible strangeness that seemed to entrap us while there. While defeated, we would not easily forget that search, the island, the house, or least of all the strange story behind it.

That castle-like home was built in the 1920s by Jacksonville’s most prominent architect, Mellen Clark Greeley. He called the Tudor-Revival style home his ‘most unique’ building. He had built it as a vacation home for a Chicago businessman named Nettleton Neff, who oversaw the construction. Unfortunately, tragedy would prevent his family from getting to use their home. A fire killed Mrs. Neff in 1926. A few years later their son would take his life while attending Harvard. In 1931 Nettleton Neff followed suit, shooting himself in his Chicago office.

The home sat vacant for some years, before another family purchased it as a vacation home. This seems to be when the house began to build it’s reputation as haunted. Despite the Neff Family tragedies occurring out of state, people felt that the spooky towered structure may have become the home of these spirits. Indeed ghosts had been seen on the island long before the house was built, but its strange architecture and remoteness became a focal point for the stories. But this is not a ghost story, the ghosts and tragedy are just one aspect of what is one of the strangest paranormal cases of all time.

Then in 1967, the Betz family purchased the property, and were the first and last people to live there full time. Gerri Betz was a prominent business woman in the area, having started and ran a successful trucking line and a real estate development company. In fact, she had significant holdings in and around the island, which was the reason for the move. All of this done in the 50s and 60s, while being a mother to six children. She was truly an industrious woman who helped shape the city.

She lived at the home with her second husband and two of their children. One of their kids, 21 year old Terry Betz, was walking around Fort George Island when he noticed something strange. Sitting inside a ring of dead trees, was a large metallic ball. Terry picked up the worn bowling-ball-sized sphere and took it home, thinking it may be a cannon ball or other artifact. The ball sat in the home for awhile, until Terry played a guitar near it, and the ball seemingly reacted.

From this point forward, the ball began to display strange behavior. It would ring out in a metallic hum on its own. It would roll around and follow people around the home on its own accord. The Betz began showing the ball to family friends, and soon the story reached a local radio show host who did a show about paranormal subjects. He went to the house and saw the ball’s abilities for himself, the ball rolled on its own over a flat glass table, stopping precisely on the edge of the table, in a way that defied gravity. After he did his show on the sphere, the rest of local media caught on, and soon national papers were talking about the strange sphere found in Florida.

Gerri became the family’s spokesperson in all sphere related matters, as more and more reporters began showing up at their wooded castle home. Soon the Navy took notice, as their facilities were near the island, and a growing theory was that it was some piece of their tech that had been misplaced. Gerri, being as always an elegant and clever businesswoman, drew up a contract for the Navy to sign, stating that they would return the sphere if it was found that it did not belong to them.

The Navy conducted a variety of tests on the sphere, including an x-ray that showed three smaller spheres inside the object, one of which seemed to have a little antenna. It was decided that it was certainly not theirs, and the object was returned to the Betz family. But according to the family, the officer who dropped off the sphere received a phone call at the house instructing him to take the sphere back. Gerri refused and kept hold of the sphere, more convinced than ever that they had something strange in their possession. The Navy subsequently released a statement declaring that the sphere was nothing special, and that the rolling was simply because of a chip in the surface of the otherwise perfectly weighted ball.

But this didn’t stop other groups from showing interest in the sphere. The National Enquirer had convened a panel of five scientists in New Orleans to investigate the UFO phenomenon. Leading the panel was famed astrophysicist and pioneering Ufologist J. Allen Hynek. The panel flew out Terry Betz and the sphere to investigate it.

From here various stories have come from sources in and around the family, most of them pointing an accusatory finger at the panel. One story states that while in New Orleans, the panel received a call stating that there was an emergency back home in Jacksonville and that Terry needed to return immediately. He was flown back by the panel, without the ball, only to find his mother confused as no emergency had occurred. Another story states that sometime after the panel saw the ball, J. Allen Hynek visited the home and ‘spent the night with the ball’. He either was caught inspecting it in the night, or actually slept with it in his room overnight with it.

Whichever story is true, it became clear that Gerri felt that the panel had altered the ball, or perhaps swapped it out with a fake ball. She felt this way because it’s bizarre behavior, the humming and moving, had seemed to stop. She took it for a follow up x-ray, and found that the three internal pieces appeared altered. The panel also released their statement, that they concluded with the skeptics of the time, the ball was simply an improperly disposed industrial ball valve.

This was right around the fever pitch of the story, and Gerri and her family were already exhausted. Self proclaimed Ufologists kept showing up at her home, and the phone would ring at all hours, day and night. In one of the very last interviews she gave, she stated that she was fine with the public thinking it was nothing special, and that she just wanted the circus to stop. She refused to speak about the ball publicly, and eventually the Betz moved out of their castle. It fell into the hands of the State, and then into a state of disrepair. And this was seemingly the end of the story. But not quite.

While I failed to find the house on my trip, a local journalist had succeeded, and she also succeeded in bringing the case back to life. Lindsey Killbride worked with WJCT Public Radio in Jacksonville to produce the 5-part series OddBall that covered the story and brought new information and life to the case. Her tremendous effort has resulted in a show that compels you to binge listen, as new theories, stories and sources come forward. Her skills as a journalist truly provide a new perspective on high-strangeness in a case that most of the Paranormal world has forgotten, from finding new information from Hynek’s sons, panel psychologists Dr. Leo Sprinkle, experts from around the area, and even getting in touch with the Betz family (who haven’t spoken publicly about the case in decades.)

I had the opportunity to have a brief chat with Lindsey about the case, and asked her about some of these breakthroughs.

Chaz: Do you have a personal belief in what theory you think is the most likely?

Lindsey: Honestly, no. I’ve gone back and forth and I don’t believe the mystery can be solved without investigating the sphere today.

C: Has any other new information/theories come up since the show came out?

L: I’ve definitely had many people reach out to me with their own theories, but I haven’t received any new groundbreaking information.

C: Do you have plans to release an update on the case in the future?

L: To be determined

C: Is there anything you’d like our readers to know about the case or the show?

L: The podcast was a huge endeavor for me. I had never made a serialized narrative podcast before and I worked with very little resources. I really appreciate anyone who’s listened. I hope people hear the story and maybe think twice before judging someone who has had an out-of-the ordinary experience like this. And I encourage everyone to donate to their local public radio stations!

I also asked her about some of her contacts and about some of the information they provided. An elegant professional, Lindsey assured me that she “wouldn’t have put information in the podcast without independently getting confirmation.” and she has continued to respect witnesses requests for privacy, patiently waiting for them to provide the information on their terms. She really is a shining example of what a researcher should strive to be, and as a result her project Odd Ball is certainly the definitive source of information on the Betz case. Add it to your podcast rotation today! 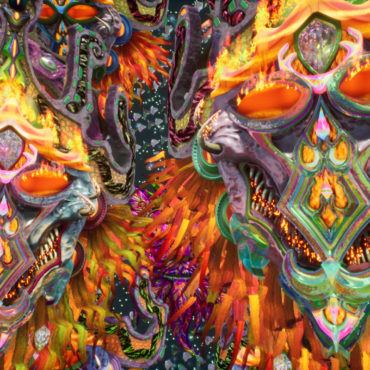 Leave This Note Where You Found It (Horror Fiction)